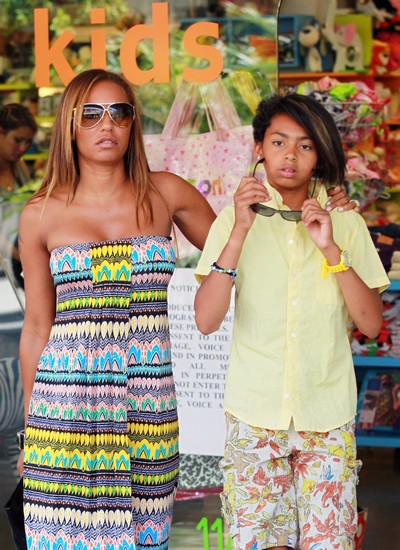 Mel B‘s daughter, Phoenix, has filed a battery report against her father aftre he refused to allow her to leave his house when his visiting hours came to a close.

The 12-year-old Phoenix, who the former Spice Girls singer’s daughter with ex-husband Jimmy Gulzar, was “extremely distraught” when her dad refused to let her leave his house on October 11 when his custodial time with her came to an end – and police had to be called to the scene.

A source close to the situation told RadarOnline.com: “The cops had to be called to enforce the court order, which states that Mel has primary custody of Phoenix. There was a stand off for several hours. “When it became clear that Gulzar wasn’t going to turn Phoenix over, LAPD responded and told Jimmy he had to allow his daughter to leave his apartment.”

“When Phoenix came out, she was extremely distraught and very upset. The police immediately took her to the police station to fill out a report.”

Mel – who also has four-year-old daughter Angel with former partner Eddie Murphy and newborn girl Madison with current husband Stephen Belafonte – has primary custody of Phoenix, but Jimmy is permitted to see her four times a month.

Phoenix’s battery claim stems from him allegedly grabbing her arm to prevent her from leaving his property.

Mel was married to Jimmy – a former backing dancer – between 1998 and 2000. As is usually the case, it’s the kids who suffer most when the parents split up.