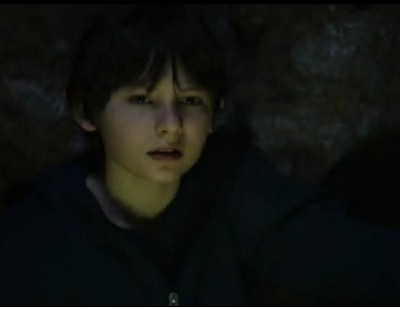 After a one week hiatus Once  Upon A Time is back with a whole new episode.  Tonight is the fifth episode of the ABC hit  Once Upon A Time and it called ‘That Still Small Voice.’  On last week’s episode we met another popular fairy tale character, Cinderella.   In the real world Cinderalla is Ashley a young pregnant woman Emma tries to help escape from the clutches of Mr. Gold.  In the storybook Cinderella made a  regrettable deal with Rumpelstiltskin.

The episode was a very heavy Rumpelstiltskin /Mr. Gold episode. But we found out something interesting the sheriff is actually Regina (Evil Witch’s) lover.  If you missed last week’s episode you can read our official recap here!

Episode synopsis: As Sheriff Graham deputizes Emma, the ground shakes and a giant sinkhole mysteriously appears at the edge of town. But a curious Henry’s life is placed in danger when he decides to explore the innards of the sinkhole to see if its contents can link the inhabitants of Storybrooke to the fairytale world. Meanwhile, back in the fairytale world, Jiminy Cricket yearns to leave the family business and transform into the person he wants to be.

Have you been watching the show?  What did you think? Whose side is the Sheriff on?   Have you figured out yet what storybook character the sheriff is yet?

Tonight’s show:  Tonight’s show open in the fairytale at a puppet show. During the show a young red headed boy is pick pocketing the people watching the show.   He brings what he has stolen to his parents. The boy sees a cricket and he tells the people he stole for that maybe he wants to be good. We find out that he is Jimmy Cricket = people’s conscience.

Head over to our mother site Celeb Dirty Laundry who is live blogging the episode with up-to-the-minute results from 7PM – 8PM.

Miley Cyrus Calls Herself a ‘Stoner’