Ricky Martin Up For Role On ‘Glee’ 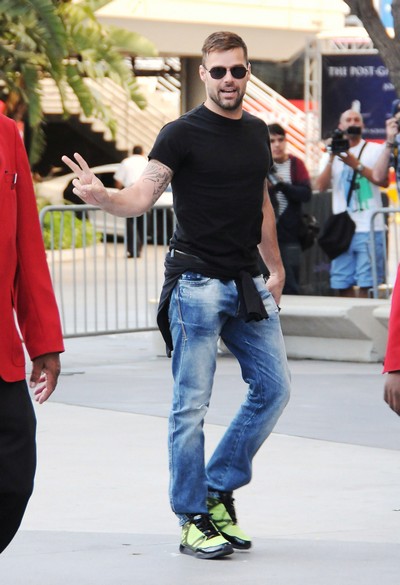 Ricky Martin will be guest-starring on ‘Glee.’ Ricky is reportedly in negotiations with producers about playing a substitute teacher in the musical comedy, with the episodes set to air in January 2012.

A source told TVLine.com: “Ricky will play the hottest Spanish teacher ever in the history of Ohio.”

Gwyneth Paltrow has previously guest starred in ‘Glee’ while Anne Hathaway recently met with creator Ryan Murphy to discuss a part in the show.

Ryan said: “We’re not going to do guest stars at all the first half of the season, but I would love to work with Anne and she supposedly has the whole thing mapped out. I’m curious as to what she wants to do. I love her. I think she’s great.”

Anne has previously spoken of her desire to appear in ‘Glee’, revealing she even has specific song ideas in mind for her character, which she would like to be the lesbian aunt of gay student Kurt Hummel – who is played by Chris Colfer.

She said last year: “I would love to be on ‘Glee’. Can I make a confession? In my head I’ve written a part for myself! It’s so arrogant and obnoxious, it’s like, ‘Ryan Murphy no one else wants to be on your show.’ But in my head I’ve cast myself and I know which song I’d sing. I would want to play Kurt’s long-lost aunt, his mother’s sister who is also gay, who comes back to help him deal with his sexuality and I would sing ‘No One Is Alone’ from Stephen Sondheim’s epic show ‘Into the Woods.'”