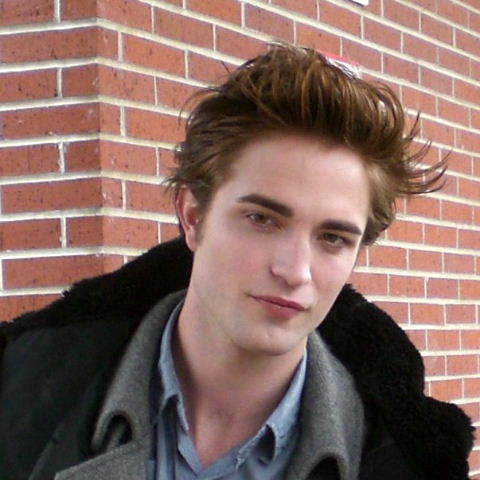 Robert Pattinson only had abs for “two weeks” during filming of ‘The Twilight Saga’.  The British actor admits it was tough for him to be excessively working out while playing the role of vampire Edward Cullen in the movie, and while he tried very hard to buff up like his co-star Taylor Lautner, he lapsed back into old habits after a short space of time.

He said: “Taylor just ruined the whole series for me. As soon as he buffed up, I went, ‘Well I’m throwing in the towel on ‘New Moon’.

“I didn’t eat candy and I didn’t drink any beer for a while. I went kind of nuts. Me and Kristen went nuts working out, because we hadn’t worked out for any of [the previous films] I had the abs for, like, two weeks. As soon as I didn’t have to be shirtless anymore, [my good habits were] gone immediately.”

In the end, the hunky star admits he gave up entirely, and ate endlessly on the shoot for the last movie ‘Breaking Dawn’.

He told MTV News: “During filming in Brazil, the day before I had to do my shirtless scene, I realised my abs weren’t as good as Taylor’s, so I just ate every bit of chocolate in the mini-bar. I started eating cheeseburgers and stuff.”

Miley Cyrus Putting On A Little Weight? & Other News