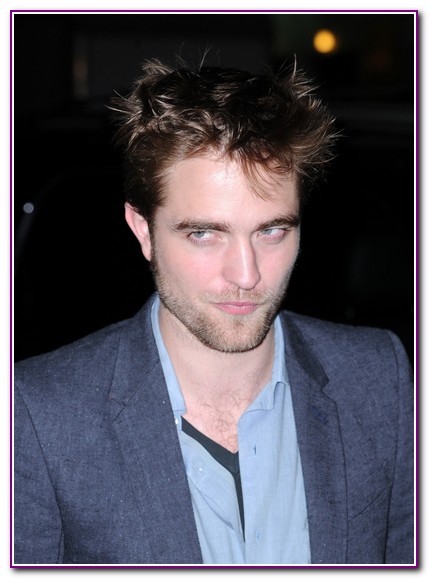 Robert Pattinson’s puppy gets his own seat on the plane when he flies around the world with his owner.

The 25-year-old actor – who is dating his ‘Twilight Saga’ co-star Kristen Stewart – adopted Bear from a shelter earlier this year because he felt lonely, so he likes to “smuggle” him into various countries when he’s shooting a movie.

Speaking on ‘Live with Regis and Kelly’, he said: “He was in one those shelters where they don’t keep them around for very long. He was on his sixth of seven days.”

“Just by coincidence – this doesn’t happen in my life very often – but I ended up being on a private jet like three days later.”

“It was kind of ridiculous. Literally three days after that, we were going to L.A. and he had his own seat [on the plane]. I’ve smuggled him over borders many times.”

But Robert isn’t the only star to have adopted a puppy after Justin Bieber and his girlfriend Selena Gomez – who has five rescue dogs – visited Winnipeg animal rescue centre D’Arcy’s ARC last month and fell in love with a 10-week-old husky, which they named Baylor.

D’Arcy Johnston, chief executive officer of the rescue centre, said: “They spent a lot of time with the puppies. I was told that Selena was missing the dogs that she has at home.”

“I wasn’t expecting her to adopt a dog while she was on tour and has a busy schedule. Baylor probably would have had a bad life or a very short life. But he got rescued and brought to our shelter and is now going to live a very good life.”

Madonna Refused To Shave Her Underarms