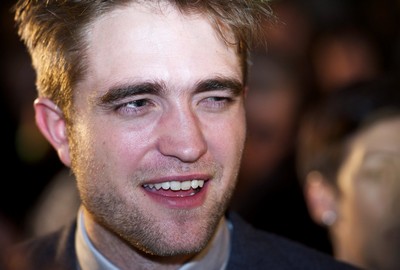 Robert plays vampire Edward Cullen in the movie franchise and although he is adored by fans all over the world who believe the bloodsucker is the perfect guy, Robert doesn’t understand the attraction to vampires and has revealed he wanted to portray Edward’s failings but wasn’t allowed to.

He is quoted by Empire Online as saying: “The annoying thing about him is the fan’s perception of him as the perfect guy. I wanted to play his flaws but then you have this subliminal idea coming from everywhere saying, ‘No he’s got to be perfect.’

“I don’t think I’ve ever seen a vampire movie where I think the vampires are attractive. They end up looking worse than they do in their real life with the pale make-up and the fangs.

“I have never understood fascination with vampires. People are obsessed and I don’t know why.”

Robert – who is dating Kristen Stewart – also revealed obsessive fans are making his life difficult and he is currently struggling to find somewhere to live where he can be private.

The 25-year-old actor said: “It’s annoying trying to find somewhere to live because you are literally thinking about things like you are a fugitive, or a CIA undercover operative or something, you are genuinely worried about spies.

“Trying to find a house you’re like, ‘What’s the street parking like? Can people see in? I can’t have people park outside.’

“You can’t have anyone cleaning your place and you have to worry about your guests just in case someone talks about where you live.”