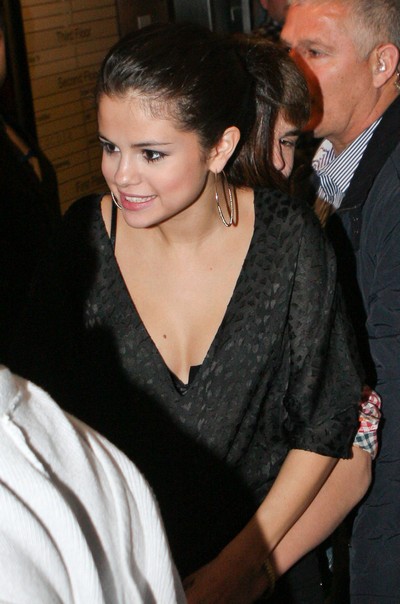 Selena Gomez, 19,  is having a hard time dealing with the claims her boyfriend Justin Bieber had fathered a child with Mariah Yeater.   She admitted that hearing he was with another woman has not been “not easy”.

Selena has been dating Justin Bieber since March – explained while the situation has been difficult, the pair are doing their best to cope.

Asked by chat show host Ellen DeGeneres whether she was alright in the wake of the outlandish allegations, Selena said: “I have been, yeah. It’s not easy to deal with.”

Despite the pressure Justin has been under, the ‘Monte Carlo’ star insists the pair have still been having fun and she has been teasing him in recent weeks about his penchant for wearing baggy pants, as she doesn’t understand his obsession with low-slung trousers.

When Ellen asked whether Selena could mention something to her boyfriend about his choice in pants, she said: “I’ve told him! I don’t get it. He just laughs at me.”

It’s been a stressful few weeks for Justin and Selena after 20-year-old Mariah Yeater claimed the singer was the father of her four-month-old son.

While she has since dropped the paternity lawsuit – which the 17-year-old star vehemently denies – Mariah’s new lawyer says she intends to pursue the matter out of court.

Jeffery M. Leving told Chicago’s WGN-TV: “This matter is not over. Negotiations are going on right now with Bieber’s counsel. There’s a new legal team [in place].

“[Mariah] believes Justin Bieber is the father. We’re trying to secure a private DNA test, because this case is out of control.”