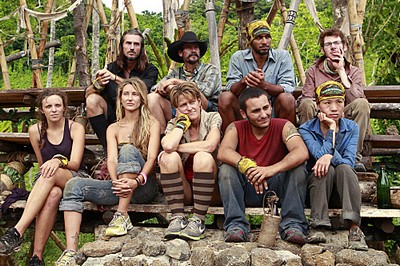 The tenth episode of Survivor: South Pacific airs tonight and it is called ‘Running The Show.’  This week seems to be a “true” double-elimination at Tribal Council, where they will vote out players in back-to-back eliminations.

Episode Synopsis: Paranoia among tribemates threatens to break a once-impenetrable alliance, and castaways are shocked at Tribal Council with the announcement of another double elimination. Meanwhile, on Redemption Island, a castaway makes a bold threat to his former tribemates during the duel challenge, and two castaways are sent home, on SURVIVOR: SOUTH PACIFIC, Wednesday, Nov. 16 (8:00-9:00 PM, ET/PT) on the CBS Television Network.

Head over to our mother site Celeb Dirty Laundry,  while they cover the show with up-to-the-minute details HERE!

Superman Film ‘Man of Steel’ Sequel In The Works