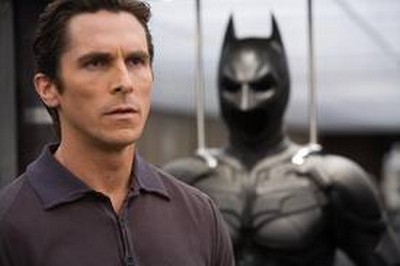 Christian Bale as Batman, never liked it, to me his appearance doesn’t come off as a Bruce Wayne at all. Don’t get me wrong though, he’s a pretty good actor; I’ve liked him in The Machinist but playing as Batman just doesn’t work for me. Also something I find a little annoying is the voice used for Batman; I find it to be unnecessarily too deep. The Dark Knight series ending doesn’t mean it’s the end of Batman movies, the franchise is very popular and people like it. Hopefully with whatever Batman movie comes up next they choose someone more suited for the role of Batman.

In the first Batman movie, Batman had pretty cheesy quotes and in the second movie I didn’t like the Joker too much, but Heath Ledger is an amazing actor and his acting was great, just this darker portrayal of the Joker kind of disappointed me. I’ve always have known the Joker as someone incredibly hilarious, evil, using funny gadgets and having that amazing insane laugh, in the Dark Knight series he was only evil and that’s it.

I will go see The Dark Knight Rises; I want to see how they’re going to end the series with this film. I also want to see how Bane is portrayed, he’s an awesome villain. The addition of Catwoman in this movie is pretty nice but I’m sceptical of Anne Hathaway playing the part. I can’t really see Hathaway as Catwoman, but who knows she might pull it off well and surprise me.

Anime Review: One Piece Episode 525 ‘Disaster in the Deep Sea!’