Vanessa Hudgens Says It Was Disney Movies That Cured Her Shyness 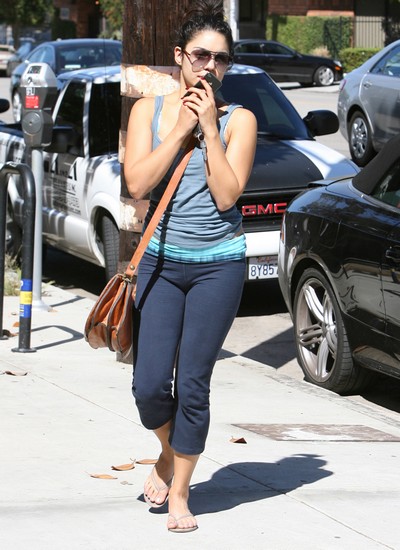 Vanessa Hudgens has credited watching Disney movies with helping her to become an actress and get over her self-consciousness.

The 22-year-old actress – who shot to fame in the ‘High School Musical’ film franchise alongside former boyfriend Zac Efron – revealed she was a shy child until she discovered the fairytale movies which helped her to discover a love of performing.

She explained: “I was a very shy and quiet kid until my parents took me to see my first Disney movie, ‘Snow White’. After that I would always hum and sing the songs and dress up as Snow White. Funny how dressing up and singing songs in ‘High School Musical’ actually made me apart of the Disney family.”

Vanessa isn’t the only celebrity with fond childhood memories of Disney. Former ‘The Hills’ star Audrina Patridge was obsessed with ‘The Little Mermaid’ because one of the characters had the same name as her.

Audrina said: “I remember going to the movies and watching ‘The Little Mermaid’ it was my favourite movie… Plus I was really excited because one of the mermaids was named Audrina. Other than that when I was little we would go to Disneyland a lot and the Dumbo ride and It’s a Small World were my favourite rides! I still love Disneyland.”

Audrina, Vanessa and a host of other celebrities have shared their first Disney memory in support of Disney Junior’s Million Disney Memories campaign to raise £1million for Great Ormond Street Hospital Children’s Charity.