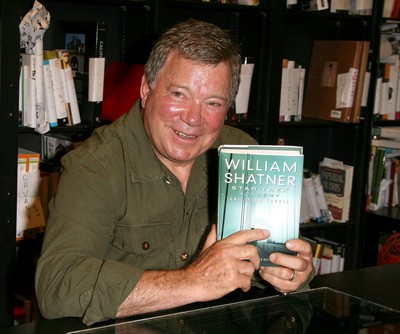 William Shatner aka Captain James T. Kirk from the original Star Trek, has been told off by actress Carrie Fisher who played Princess Leia in the original Star Wars because Shatner has stated that Star Wars used and relied on too many special effects while Star Trek didn’t have any at all.

William Shatner made these statements during an interview, which caught the eye of Carrie Fisher, who has recently posted a video of herself responding to Shatner’s beliefs. She responded to Shatner’s rant that Star Wars was a “derivative” of Star Trek, Fisher said, “They’re not in the same league.I mean, they have the word ‘Star’ in the title. And there’s space travel.But Klingon? It sounds like a laundry detergent”. Shatner had said that the cast of Star Wars were made to shoot naked, while their costumes were added later on by special effects, but once again Fisher retorted with saying, “He says we were all naked because they can draw bathing suits? Really? I don’t think so. I had the metal bikini. By the way – Bill has borrowed it”. Fisher has now even suggested that Shatner was jealous for not receiving a role in the movies, saying, “George Lucas allowed Bill to one day be in the Darth Vader costume and do the breathing and everything. I’ve never seen anyone so excited. So if you see Bill Shatner – call him Han Solo”.

Personally I love William Shatner, but when it came to the war between Star Wars and Star Trek, I’ve always sided with Star Wars. For me Star Wars is just more exciting and had better designs for the aliens. I agree with Carrie Fisher that ‘Klingon’ doesn’t sound frightening or intimidating, in fact it’s incredibly lame, Ignoring the fact of the so called “over used special effects” Star Wars has a story that’s far more superior. Also the whole concept of the force is something that is truly genuine and the light saber is possibly one the most popular weapons to be featured in a movie. In the end it really just seems like Shatner is jealous, because in my personal opinion Star Wars is much more popular then Star Trek.