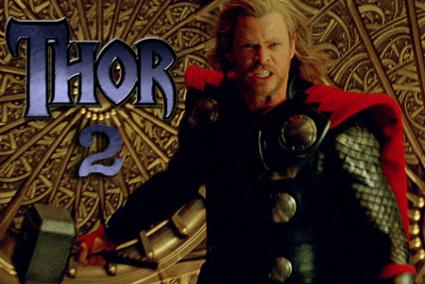 Alan Taylor will direct ‘Thor 2’ which is pretty exciting for fans since he has done some great work on ‘Game of Thrones.’ Taylor is best known for his work on ‘Game of Thrones’, in addition to TV programs including ‘The Sopranos’, ‘Lost’ and ‘The West Wing’, and has been chosen as Patty Jenkins replacement after she dropped out of the Marvel sequel.

Taylor beat fellow ‘Thrones’ director Daniel Minahan for the picture, which will be released in November 2013.

Patty’s removal from the film over “creative differences” earlier this month was said to have irritated Oscar-winning beauty Natalie Portman – who plays Jane Foster in the first film – as she was keen to see a woman take over the directorial job.

As such, the ‘Black Swan’ actress was kept involved with negotiations for the job, even though she is contractually obliged to film the follow-up to the movie, which stars Chris Hemsworth as the titular Norse God.

Tom Hiddleston will also be returning as the villainous Loki in the movie.