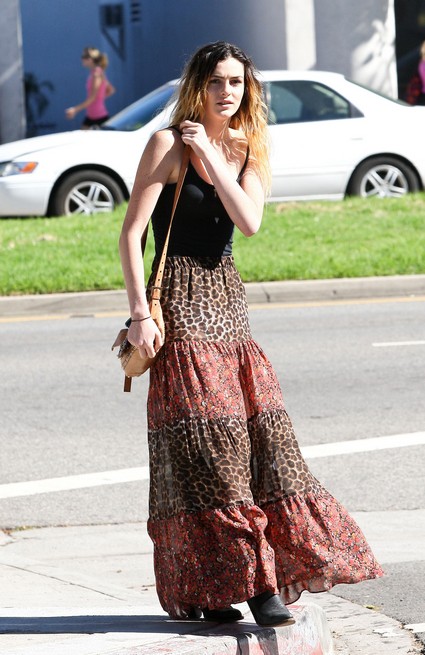 Ali Lohan, 17,  has learnt from her big sister Lindsay Lohan‘s mistakes.   Ali  thinks she is “lucky” to have seen Lindsay battle problems with drink and drugs, as it has made her find it easy to say no when people offer her “stupid” illegal substances.

She said: “I just say no. I’m lucky enough that I had my sister to learn from. I’ve seen people do it to her, so I’ve learned to be like, ‘That’s stupid, no.  That’s why me and Lindsay are also so close, because we’re able to talk about those things together.

Meanwhile, the teen star – who now wishes to be known by her full name Aliana – also rubbished claims made earlier this year that she had undergone dramatic plastic surgery branding them “stupid” after she was spotted with much more defined facial features.

Speaking to the New York Post’s Page Six magazine, she said: “It’s stupid. I don’t listen to it. It’s absolutely not true. I was cracking up. Because, like, when would I do that? I’m 17 years old. That’s not legal! I would need my mother’s signature, and do you think my mom would ever sign off on that? No!”

Lindsay is currently completing court-ordered community service stemming from violating the terms of her probation in relation to a 2007 DUI (driving under the influence) case.