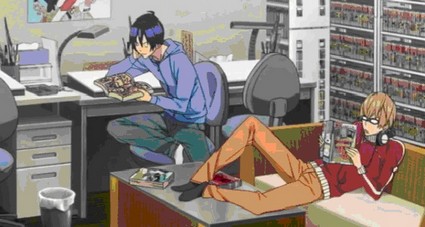 This episode had so much emotion in it than the past couple of episodes before it, for example in the beginning I completely agreed with Mashiro. Ashirogi Muto should not do a gag manga, I love the part when Takagi calls Eiji and asks his opinion about the matter and he’s brushing his teeth and talking at the same time and it falls out of his mouth. But I agree with his opinion, gag manga isn’t their thing, a darker atmosphere would be a whole lot more interesting. 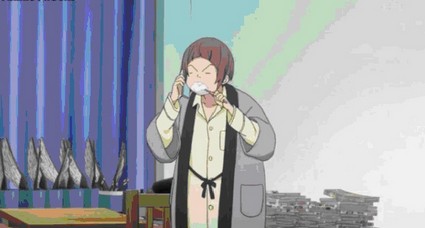 But damn, what happened to Nakai in this episode was just plain said. I couldn’t believe he straight up said to Aoki he loved her, but even worse was completely rejected you can clearly see the pain in his face. It made me feel really bad for the guy since he’s been trying so hard since the beginning and just crashed and burned in the end. 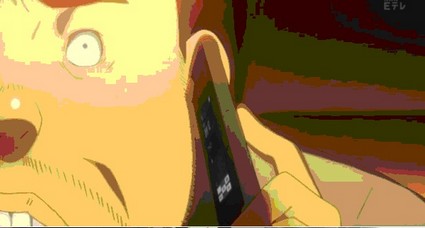 I really loved the scene after Mashiro, Takagi, and Miyoshi are finished their entrance exams for college and Mashiro asks Miyoshi to do some of the inking and toning for him. Right after she agreed for no pay, the faces they made were so hilarious! 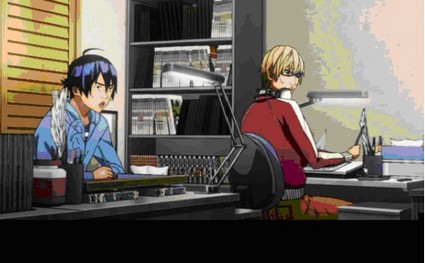 I really liked how Mashiro and Takagi actually wrote not two one-shots but actually three, but I was so annoyed at how much Miura really liked the gag manga more. So I’m glad the submitted the secret one-shot into the contest behind his back, it brought a lot of tension and an argument.

Once again I can’t wait for the next episode, they keep getting better and better as the story progresses!

Game Teaser: The Last of Us (Video)