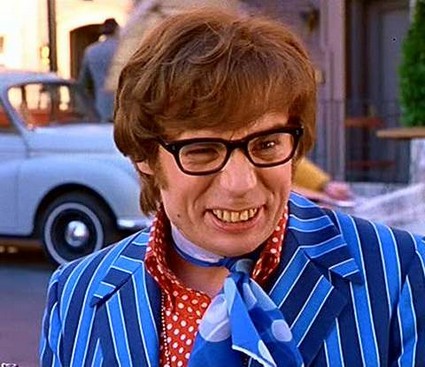 Let me begin with saying that I’m a big fan of Mike Myers. He has starred in many films that are my all-time favourites, the first has got to be Wayne’s World, if you haven’t seen this movie you must watch it. Then there’s Austin Powers, it’s incredibly hilarious to see him as Austin Powers and Dr. Evil, it is too perfect.

Mike Myers is apparently going to be turning Austin Powers into a musical, why the hell not? At first I’ll admit I was sceptical, but now that I think about it, it doesn’t sound all that bad of an idea, I think it could work.

The comedian and actor brought up the idea of taking his hilarious spy spoof franchise which has three films to life on Broadway.

Mike Myers will be involved in writing the musical but he won’t be starring it, it’s a little bit of a disappointment, but I can’t wait to see who will play Austin Powers. This isn’t all that Myers is planning to do, it’s been said that he has reached a deal with New Line to write and star in a fourth installment of the franchise. There’s no information on when it’s going to start filming, but some time approximately between 2013 or 2014, seriously I can’t wait to see what they’ll do.

Victoria Justice at Christmas in Washington