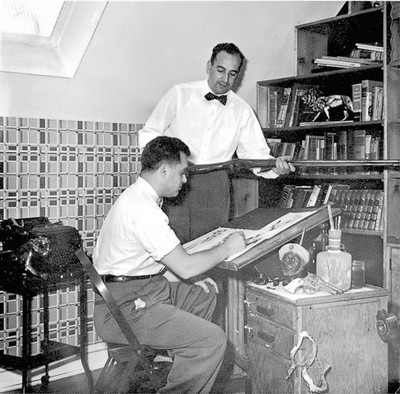 Joe Simon was an American comic book writer, artist, publisher, editor and the co-creator of Captain America. Captain America is a very well-known super hero from the Marvel Universe. Joe Simon was put into the Will Eisner Comic Book Hall of Fame in the year 1999.

Captain America is a great super hero; he’s a complete bad ass, there’s no other super hero that I know whose main choice of weapon is a indestructible shield, now that’s f*cking awesome, especially when he threw it. I’ve never really read too many Captain America comics in my lifetime, but I do remember when growing up I watched tons of The Avenger movies.

Joe Simon has passed away on December 14th, 2011 due to a brief illness. First it was Jerry Robinson the creator of the great villain The Joker now Joe Simon the co-creator of Captain America. These two men both have passed away this year and in New York City, it’s sad to see two people who made a big impact in comic books to die.