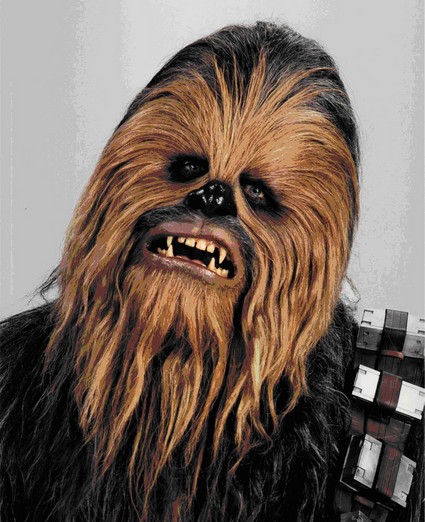 George Lucas, the creator of one of cinemas greatest films Star Wars, has allowed the cast of Glee to use the wookie character Chewbacca on their next Christmas special. But oh no, that’s not all.

Mathew Morrison, who directed the Christmas special, announces that not just anyone could possible play Han Solo’s furry companion. The T.V producers needed to receive Lucas’s permission upon contacting the original Chewie himself.

Morrison says, “He’s a guy who’s been doing it for 12 years.” That’s right, not only are they having Chewie on their Christmas special, but their also getting Petter Mayhew to play him on the show. I can’t believe I’m actually saying this, but I think I might have to watch this for the sake of my love of Star Wars.