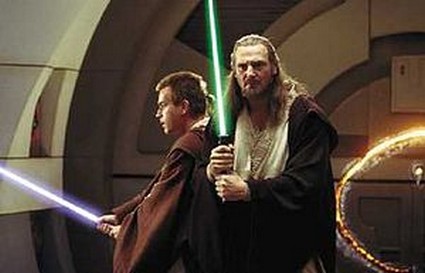 According to CzechPosition.com, in a recent census in the Czech Republic, many citizens put Jedi Knight as their religion. Of course we all know this concept is from Star Wars, a very popular series of movies created by George Lucas. Anyways I knew the popularity of Star Wars would never end but only grow much bigger, but it’s surprising to see that it is now a religion. I understand how the whole concept of the Force actually makes sense and such, but it’s pretty unbelievable.

Apparently the numbers of people who consider their religion as a Jedi Knight, are 15,070 Czechs and they are followers of the Force in this most recent census.

I really can’t imagine being a “Jedi” myself because of one very important fact; we do not have the technology to create legit Lightsabers. It just seems utterly pointless, if I was guaranteed a Lightsaber if I joined I’d change my religion ASAP. Lightsabers are just f*cking cool; and I believe anybody would want one.

Once again based on the facts of realism, we have no force powers in real life. When thinking realistically it just seems idiotic that people would do this. You can’t use the force to lift objects, you can’t run faster, can’t just push people away. It just makes me feel depressed about this Jedi religion, because being a Jedi is just a title in this sense, there isn’t any benefit.

So if this “religion” can actually find the answers to use the “force” and can create Lightsabers, sign me up!