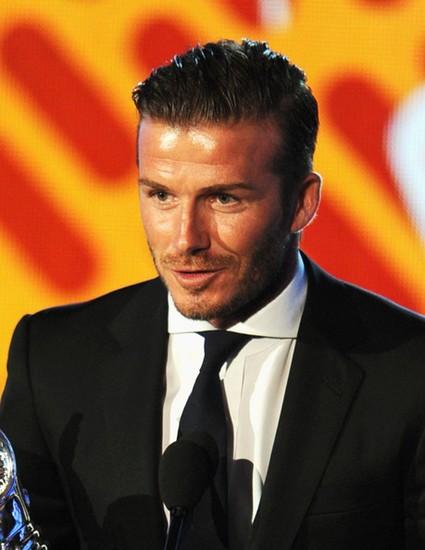 The soccer star and his wife Victoria – who are currently in the UK with their four children for the festive period – went to the exclusive Roka restaurant in London yesterday where they stunned Joanne with a private dinner for her close friends and family.

Joanne tweeted: “Aww turned up at my fav restaurant and can’t believe my close friends and family was here !!!! Amazin !!! So happy.”

She later wrote: ‘My bday is feb 19th and I will b 30 but we celerbrated early jus in case my big bro wasn’t here !! Had a amazin nite.”

David – who normally resides in Los Angeles – then took to his Facebook page to post a picture of the group.

David’s older sister, Lynne, 38, was also there as were a few of Joanne’s friends.

David, 36, and 37-year-old Victoria and their four children – Brooklyn, 12, Romeo, nine, Cruz, six and five-month-old Harper – arrived in the UK just before Christmas and they have been using their time catching up with friends and family.

Return of the Killer Klowns from Outer Space