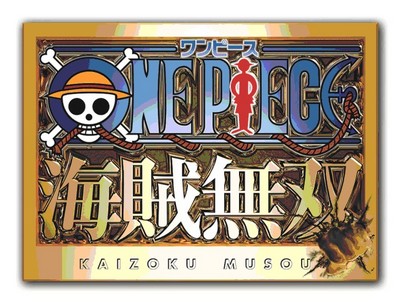 This is possibly my most anticipated game for the New Year, when I first saw the trailer my jaw literally dropped. This is possibly the greatest idea for a game I’ve seen in a long time, combining Oda Eiichiro’s popular pirate story One Piece with KOEI Tecmo’s Dynasty Warriors. I played Dynasty Warriors so much when I was young and I could even consider the series to be one of my favourite. Then we have One Piece which I’m a huge fan boy of, One Piece without a doubt is my all-time favourite anime/manga. The combination is just insane; this game is going to be so f*cking awesome!

Only one thing troubles me about this game and that’s that the game is a PS3 exclusive. It makes sense since the Xbox 360 isn’t popular in Japan, but I for one never liked the console. I guess I’ll have to put our differences aside and buy one, because I can’t miss out on this game.  Then I saw something that just blew up my already amazed mind, the gold edition of the game comes with a golden One Piece design PS3. It looks so cool! It just made me consider getting it, the PS3 is completely gold as well as the controller but the design is what’s awesome. In white is a drawing of Luffy and they even did the scar on his chest in a red to make it stand out more, I just can’t believe how amazing the PS3 is becoming. 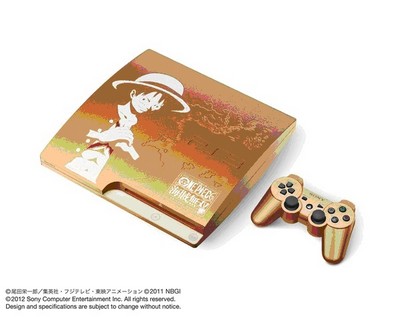 From what I’ve seen of the gameplay all I can say is that it’s nostalgic, it’s been so long since I’ve played Dynasty Warriors so just seeing the trailer and such brought back a lot of memories. The game just looks incredibly promising and I find it really does suit One Piece the whole style of Dynasty Warriors, for Luffy’s rubber physics it would go great with the multiple enemies you usually have to fight. But there’s one aspect that makes this game an even more guaranteed success is that Oda Eiichiro himself is writing the story for the game, my hopes are so high!

From what I’ve seen from the trailer from this game it looks like it’ll be possible to play as the characters before the time skip and after the time skip. Surely I hope that it’s possible to play as all the members of the Straw Hat crew with all their own unique sets of abilities and attacks. Also if you can play as the characters from before the time skip I think it’d be hilarious if Usopp has an alternate costume as Sogeking, it would just really awesome.

Even though I used to have one and sold it because the game selections were lame, I’ve finally found a reason to actually own this console. So in conclusion, I think I’m going to have to start making some money for this gold edition One Piece PS3.

Ashley Tisdale Shopping With her Mother at Chanel & Other News