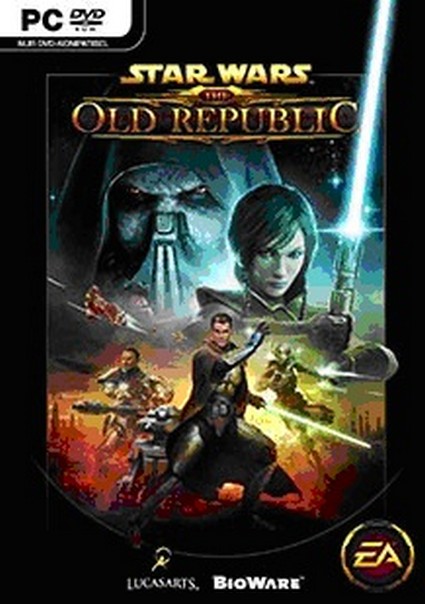 Star Wars: The Old Republic is an upcoming massive multiplayer online role-playing game (MMORPG) based in the Star Wars universe. I’ve been waiting for this game for a very long, long time I remember hearing about it a couple of years ago. I’m a huge fan of MMORPGs and Star Wars in general and putting them both in one just blows my f*cking mind.

The plot is very well done. The game takes place 300 years after the Star Wars: Old Republic games and around 3,500 years before the Star Wars movies. The Jedi have changed its location from Coruscant to Tython due to it being their fault for the Sith succeeding during the 28-year-long Great Galactic War. The Sith have re-established a Sith Academy on Korriban. The game begins with the battle between the Republic and the Empire.

So far in the game there are 9 playable species. You can choose from are Human, Chiss, Cyborg, Miraluka, Mirialan, Rattatki, Sith Pureblood, Twi’lek and Zabrak. I think the species they’ve added are suitable to for the game and I hope there will be new additions if they make expansions packs.

BioWare has worked very hard on incorporating a thing that no other MMORPG has and that is a phenomenal story and it’s fully voiced. In the game there 8 classes in total for the Republic you have Smuggler, Trooper, Jedi Consular and Jedi Knight and for the Empire you have Bounty Hunter, Imperial Agent, Sith Warrior and Sith Inquisitor. Most MMORPGs I play I always end up choosing whatever can take the most damage and have the most health (Tank), but for this game I can’t decide on what I want to play as first. Each class’s stories are just so amazing I’ll probably end up playing them all; also for each class you get an amazing voice actor to voice your character. My personal favourites are Steve Blum who’s voicing the male Bounty Hunter he’s mostly well known for voicing Orochimaru in Naruto and Spike Spiegel in Cowboy Bebop both are anime. Another favourite of mine is the beautiful Laura Bailey, it’s not official but apparently she’s voicing the female Jedi Consular she’s well known for voicing Lust in Fullmetal: Alchemist Brotherhood and Maka Albarn in Soul Eater both are anime.

The game has space combat so far it looks pretty good, I’ve heard quite a bit of people saying they wish it was more like Star Wars Galaxies. In my opinion I think its fine the way it is, they’ve made it more like a scrolling shooter meaning that the player is on a guided track but you have the ability to move in all directions and blast things with your lasers. I think they we’re trying to get a more cinematic feel to space combat, for it to feel like you’re somewhat in one of the movies. Also each class in the game get a different looking star ship. 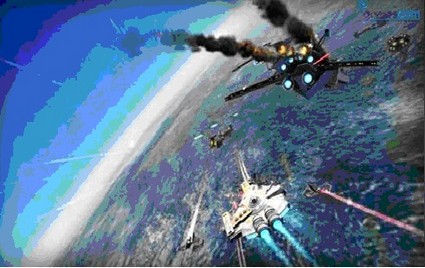 Something that I think is cool is the use of light side and dark side point that you’re able to obtain in the game. You obtain these points depending on what you choose you’re to do in certain situations, for example in one of the flashpoints (a flash point is similar to a dungeon in WoW) you’re given the decision whether you kill the pilot of the ship or not. If you do you obtain dark points if not you get light points, but the cool thing is depending on your decision the flashpoint will completely change. Dark side and Light side points apparently will affect the abilities your character uses. These decisions will also affect the companions that follow you on your journey.

The best part about this game has got to be the companions, when I heard about having companions I was shocked because that’s very new to MMORPGs. Each class has their own set of companions which makes it even more difficult for me to choose what I want to play as once again. Your companions will also need to get armor and such the same way as you do, what’s cool is that you can even customize your companion so it won’t look like anyone else’s. For example of cool companions we’ve got Blizz the Jawa for the Bounty Hunter, Xalek the Kaleesh for the Sith Inquisitor, Broon Mark the Talz for Sith Warrior, Sargent Rusk the Chagrian for the Jedi Knight, Qyzen-Fess the Trandoshan for the Jedi Consular and there’s so much more.

I seriously can’t wait for this game, almost every 4 hours throughout the days of waiting for it I think about how awesome it’s going to be. I’ve pre-ordered it already and have already got the chance to test the beta if you are looking for a MMORPG to play and to have fun with this is your best bet. In my opinion this game is going to beat all the other MMORPGs out there, in fact I think it’s going to revolutionize MMORPGs. I’ve once said that I thought Skyrim would win game of the year, but this game obviously beats it hands down. Star Wars: The Old Republic will win game of the year or at least PC game of the year.