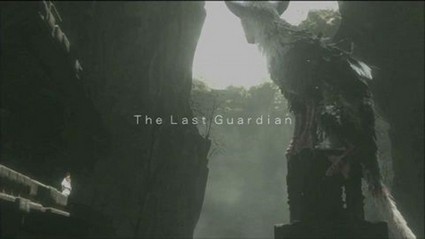 The Last Guardian is a new upcoming PS3 exclusive, it will be designed and directed by Fumito Ueda. The game is expected to have similar game play elements of two of his old works Ico and Shadow of The Colossus. The game will be releasing during the year of 2012.

There is not much on what the story is going to be like but so far it’s about the protagonist, a young boy who has not be named yet, trying to escape a place that some what looks like the ruins of a very large castle. The game mainly revolves around the friend ship between the boy and giant, feathered creature who I assume is a Griffin.

Game play looks amazing, The Last Guardian is a a third-person action- adventure and puzzle game. The young boy who you will be playing is unarmed and will be able to run, climb, jump and do other actions from Shadow of The Colossus. Trico is the name of this giant Griffin, he will be an important aspect to the game for you can climb on top of him and ride. Trico isn’t like any other ordinary sidekick in other video games, he will be much more harder to control due to him being driven by animal instincts. For an example of these animal instincts Trico will possess, to move him you might need to throw something like a barrel to catch his attention to move somewhere else.

All I can really say is that this game looks very amazing, one thing I really love about it is the graphics. The graphics are way too beautiful during the trailer I was sometimes just staring at the scenery and stuff to admire it’s beauty, talking about graphics the Griffin itself is outstandingly done. I will most likely buy this game, so far from what I’ve seen it looks like it’s going to be tons of fun. Also I’m a huge fan of Shadow of The Colossus, since The Last Guarding will have many aspects from it, I assume it’s going to be more than amazing.