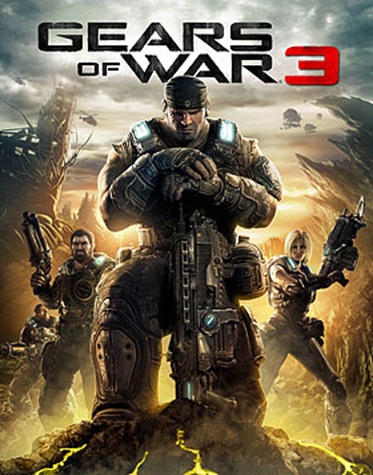 Gears of War 3 is the third instalment to the Gears of War series and it will be getting down loadable content this January on the 17th,  The new DLC Fenix Rising is going to cost 800 Microsoft Point. For those of you who have the Season Pass, Fenix Rising will be part of it, so you won’t need to pay these 800 Microsoft points and get to play it the day it’s released..

There are many new things being added with Fenix Rising, for example there will be some new maps and some returning old maps like Academy, Anvil Depths, Escalation and The Slab. Also what I think is extremely cool is that there are going to be added new skins, for those of you who didn’t get the Limited Edition version of this game and didn’t receive the awesome looking Savage Kantus and Thrashball Cole skin then don’t be upset for it will be given to you with this DLC. That’s not all the new skins there will also be a Savage Marauder and Recruit Clayton, really can’t wait to fee what these skins look like.

They will be adding something new for players who have reached Level 100, you’ll be given the option to re-start from level 1, but you will also be awarded a new skins. There are three skins that you will be able to choose from, Re-Up Plasma – flowing golden plasma, Re-Up Omen – Shiny red omen and the Re-Up Electric – Animated golden electric shocks. Don’t know about you guys but I haven’t even reached level 100 yet, I wonder who’s going to take this opportunity for new skins re-start levelling from 1.

I’m not sure if I’m going to buy this DLC really, maybe only for the new and old maps and for the new skins. The Re-Up skins don’t interest me all that much, but who knows it might since I haven’t seen what it looks like yet.