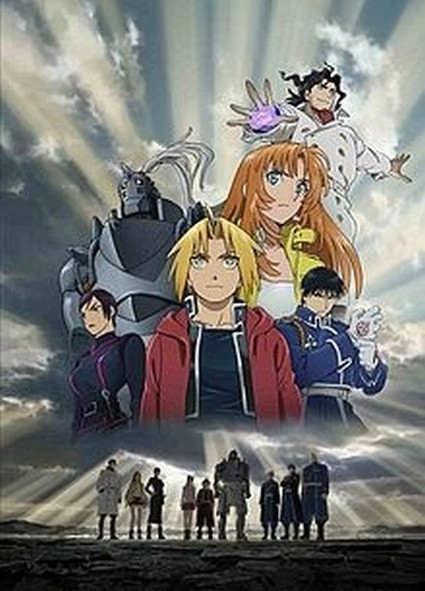 Just recently Funimation has streamed a short 56 second trailer for the new Fullmetal Alchemist movie, which has been dubbed and will be releasing this winter in the United States and Canada. The movie has no official release date; in fact the movies will be airing differently in the US and in Canada, when Funimation releases the dates, I’m going to see this movie. Also if you’re lucky like me for being Canadian, it’s supposed to actually play in theatres here first before the United States. Fullmetal Alchemist is one of my most favorite anime series, and started my interest into paying attention to the people behind the voices of the characters.

The trailer is simply a narration by Michael J. Tatum, personally I find his voice just sounds so awesome I could listen to him talk all day. The movies animation is incredibly different from the anime; it has a more of an old fashion look to it. At first I wasn’t so sure that I liked it, but after watching the trailer a few times it actually looks quite beautiful. Also I really like the voice for the protagonist Edward Elric, he is voiced by Vic Mignogna in the English dub and I personally love it. I’d say that Fullmetal Alchemist was one of the anime series where the English really did justice to the original Japanese, or if you are like me I found it actually better.