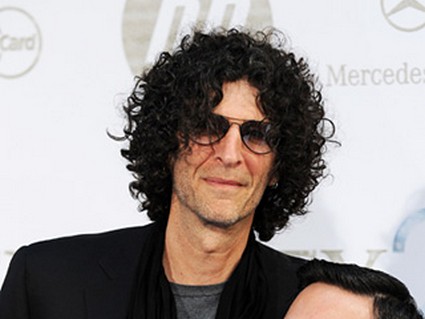 NBC announced that it has officially hired shock-jock Howard Stern to replace Piers Morgan as a judge on the hit summer series, America’s Got Talent.  Rumors swirled earlier this fall that Stern would replace Morgan who has reportedly left to focus on his CNN talk show.

Apparently, the entire show is moving to NYC where Stern can judge the obscure and wonderful acts from across America and continue to host his Sirius XM radio series.Stern told his listeners this morning “I take judging very seriously.”

NBC exec, Paul Telegdy says; “Howard Stern’s larger than life personality will bring a thrilling new dynamic to America’s Got Talent starting this summer.”   He goes on to say, “He’s a proven innovator and his track record in broadcasting is truly remarkable.  Howard is very passionate about this show and is fully committed to its future success.”

That may be, but the Parents Television Council is none too happy with the addition of Stern to the family-friendly variety series, issuing a statement of their own in response to the hire: “The once-proud broadcast network has lot its way and has made it clear it holds no concern whatsoever for children and families…”

I think it’s an interesting choice that will definitely drive ratings, at least for the premiere.  Stern has demonstrated over the years that, while not everyone likes his work, he commands a massive and loyal fan base.

Will you watch Stern on AGT?