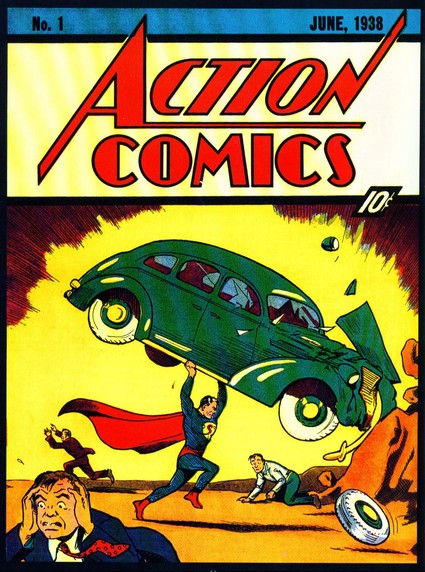 Nicolas Cage sold a comic for a whopping $1.2 million, nice money!  Nic put ‘Action Comics No. 1’ – which features the debut of Superman in popular culture and is believed to be one of only 100 left in existence – in an online auction, in which 50 people bid on the item.

The comic – which was graded at 9.0, making it the best condition of an ‘Action No. 1’ that has ever been graded by the leading comic book grading company, Certified Guaranty Company – eventually sold for $2,161,000.  It shattered the previous $1.5 million record for a less-well preserved copy of ‘Action Comics No.1’, which sold in March.

However, the auction almost didn’t happen as the book was stolen from Cage over 10 years ago and was only recovered in April.  Speaking before the precious booklet was returned, Cage said: “It is divine providence that the comic was found and I am hopeful that the heirloom will be returned to my family.”

Nic was said to be so devastated when the comic was stolen he gave up collecting, and sold his collection of 141 rare comics for more than $1.6 million.  He originally bought his copy at auction in 1997 for around $150,000.

Cage is a huge fan of Superman and even named his six-year-old son Kal-El, which is the character’s birth name on Krypton.