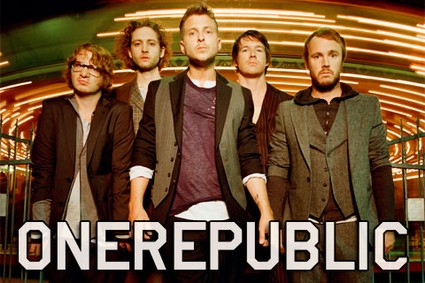 Ryan Tedder, lead singer/songwriter/producer of the multi-platinum selling band OneRepublic has been nominated for two Grammy Awards. Capping off a year where OneRepublic has topped the charts, Tedder was recognized by The Recording Academy as the nominations for the 54th Annual Grammy Awards were announced in a live broadcast on CBS this week.

Tedder received a Grammy nod in two categories: Album of the Year for Adele’s “21,” which he co-wrote and produced the song “Rumour Has It” and co-wrote “Turning Tables,” as well as a nomination for Producer of the Year Non-Classical for his work with Adele, Beyonce, Cobra Starship, Colbie Caillat, Gavin DeGraw, Jennifer Hudson and Demi Lovato.

OneRepublic also kicked off the holiday season with a brand new song called “Christmas Without You” which features cover art designed by Ryan himself. Check out the band performing the song live at the National Christmas Tree Lighting this week, and head to iTunes to grab it now.