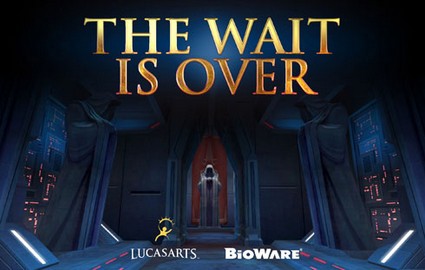 The countdown is almost over, in simply three days all of us who’ve pre-ordered Star Wars will finally get to play an early release of the game, and of course I’m one of these lucky people. After the game is released I only have one more week till I’m on Christmas break for two weeks. Oh yes, that is the end of my social life. I’m pretty sure I’ll spend most of my break playing this game; my boredom will finally be slain.

The official release of Star Wars is December 20th, but many people who’ve made accounts on the official site were able to play a beta of the game. I once again was lucky enough to be able to try it and it was amazing! The voice acting is well done and the game play is just phenomenal, it really made me all the more excited for the game and it got more difficult to wait.

This game is not only targeting Star Wars fans but those who love MMO’s in general, whether you’re an experienced player or even a first comer to the MMO genre. I truly advise any fan of MMO’s to seriously pick this up; I’m betting that this game will win pc game of the year.

Not only will you have to pay for the game but also the additional tradition $15 a month for online play. I know a lot of people who complain about this payment, thinking that if you pay for a game you shouldn’t have to pay anymore after that. Personally I don’t think it’s that big a deal, $15 a month won’t hurt that much. The game cost around $80 million to develop, just thinking about that makes you understand why it should have the monthly pay.