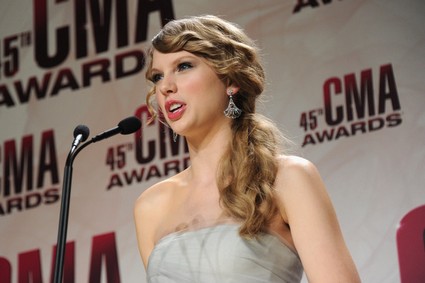 While most of us have been enjoying our time with family and friends over the holidays, fans of the Hunger Games were also celebrating the release of Taylor Swift and The Civil Wars’ collaborated single “Safe and Sound” on Friday.

Taylor is one of many musicians asked to collaborate with Oscar-winning artist T-Bone Burnett for the album on the upcoming film. Arcade Fire and The Decemberists are two more big names that we will hear on the album. The movie is just getting better and better!

The Hunger Games stars Jennifer Lawrence, Josh Hutcherson, and Woody Harrelson and is set to be released March 23. Joe Drake, who is co CEO of Lionsgate, had this to say:

“We are thrilled to have such a hauntingly beautiful companion album taking shape”.

Burnett, who famously worked on the “O Brother, Where Art Thou?” soundtrack, will no doubt work his charm with these amazing artists to bring the songs to life.

As for “Safe and Sound” – I love the song, and I do love me some TSift!  Listen to the song HERE!