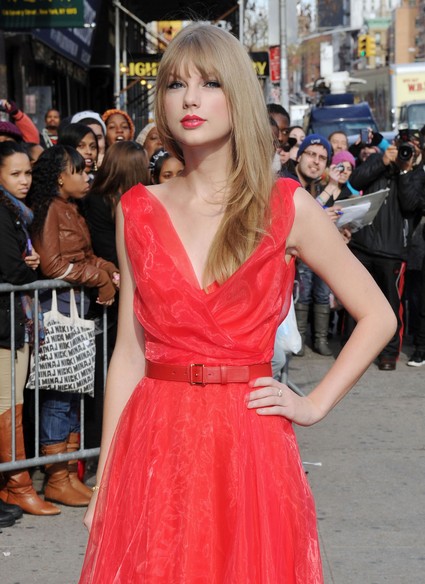 Taylor Swift writes her songs under moonlight – no wonder she can’t read them the next day.  The 21-year-old country singer often feels inspired in the dark of night and she will get out of bed and commit her new tunes to paper straight away.

She told Billboard magazine: “Usually songs hit me in the middle of the night and I end up writing [them] before dawn, so there’s no time to call somebody.”

When she is not singing at the moon, Taylor – who is set to be presented with the Woman of the Year prize at Billboard’s Women in Music luncheon at Capitale in New York today – is thinking deeply about her music.

The ‘Love Story’ hitmaker treats her tracks like updates in a diary because she always writes about her own life and experiences, and she sees each new album as an update on her existence.

Taylor – who has penned several songs about her ex-lovers, including Joe Jonas and Taylor Lautner – said: “Writing my own songs was a way for me to create what I wanted to create and music about my life.”

“In that way it kind of became a diary put to music every time I put out a new record.”