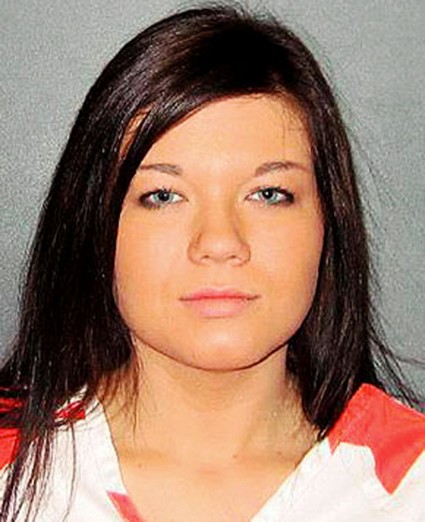 “Teen Mom” Amber Portwood has been tossed into jail again and at the worst possible time – right before the Christmas holidays! The mean old judge issued the warrant for her arrest today and her hearing isn’t until January 13. Amber is currently at Madison County Jail in Indiana – not a place renowned for promoting a happy Christmas

It’s unclear if the judge issued the warrant due to Amber’s parole violations or for some other reason entirely.

Amber has been on probation since she was convicted of domestic battery for attacking her ex-fiancé, Gary Shirley. She was sentenced to two years in jail, but that sentence was suspended as long as she could abide by the rules of her probation. But Amber got into a fight at a restaurant last month, breaking probation, and that alone could be grounds for her arrest.

This could be Amber’s second Christmas in a row in jail – last year she spent the holidays there after surrendering to the police and being booked on the domestic battery charge.