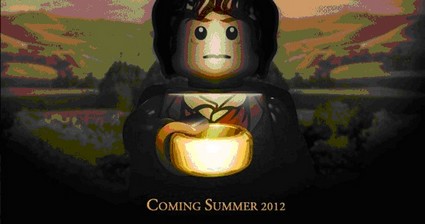 There have been many LEGO games made, so far there are Harry Potter, Batman, Star Wars and lots of others. Star Wars LEGO has been my most favourite they’ve ever made, sure it’s aimed at children to play but damn these games are fun. Star Wars LEGO will no longer be my favourite LEGO game, it’s been announced that there’s going to be a Lord of the Rings LEGO and I’m so very excited for it.

Lord of the Rings, is by far my most favourite movie ever, Peter Jackson is an amazing director, amazing actors like Orlando Bloom, Elijah Wood, Viggo Mortensen, Ian McKellen, John Rhys-Davis, Sean Astin and so many more and with the help of stunt men, makeup artists and etc. brought J.R.R. Tolkien’s book to life flawlessly. To see Middle-Earth through the world of LEGO is very interesting can’t wait to see how it turns out.

It’s been confirmed that The Lord of the Rings Trilogy LEGO will be released sometime in June next year, The Hobbit LEGO adaptation will come out during December next year around the same time as the upcoming new movie.

It’s the first time I’ve ever considered buying a LEGO game, I usually go and rent them to just have fun or kill some time. But now that it’s going to be based off of the Lord of the Rings I’m going to definitely purchase it.