The Revealing of a New South Park RPG 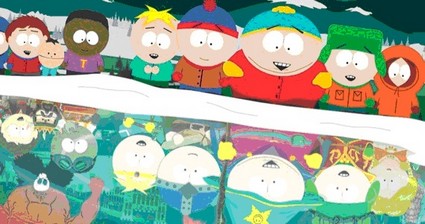 Now if you were a kid in 1998 and if you were a fan or at least were familiar with South Park then you must have played the South Park videogame for N64 or PlayStation. This game was created by a game company called Acclaim, this was by far one of the worst games I ever played. That’s not all, they released two more horrible games afterwards, Chef’s Luv shack in 1999 and South Park Rally in 2000. The only South Park game that was pretty good was the South Park Let’s Go Tower Defence Play! It was on the Xbox Arcade. I really do like South Park and a videogame done properly would be absolutely amazing.

Finally after 13 years Matt Stone and Trey Parker are working with THX and Obsidian on a new South Park game, this time it’s a role-playing game (RPG). Being the RPG fan boy I am, I’m very excited for this game. The game starts off with you as the new kid in South Park, you get to make friends with characters from the show and defend South Park from many threats.

I think the time has come for a South Park game to actually be good and fun, I hope that this game will make everyone forget about that big mistake in the 90’s.