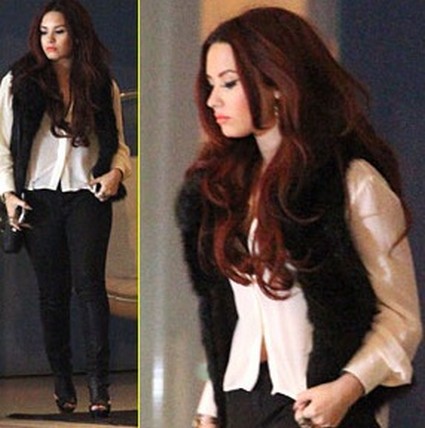 Demi Lovato was spotted leaving a photoshoot at the Standard Hotel in West Hollywood, Calif. over the weekend. The 19-year-old was shooting with legendary photographer Tyler Shields.

The star tweeted, “Doing a crazy photoshoot with the infamous/brilliant @tylershields.. Beyond excited.. But um I hope I survive……. :P.” She later added, “I have broken glass in my hair…. #photoshootmadness.”

Tyler has been known to shoot sexy shots of a wide range of celebs, so maybe we will see the ex-Disney starlet truly shed the good-girl image and prove herself as a sexy new woman on the scene.

Avril Lavigne and Brody Jenner Have Split Up!