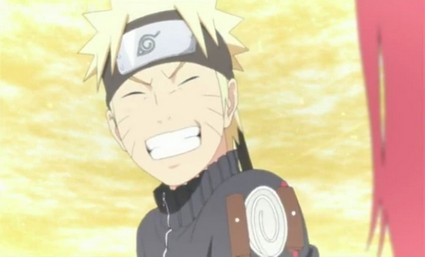 Right off the bat we’re thrown into action, Naruto is like a badass, he uses Sage mode and throws the Kyuubi to the ground by his tail and uses his rasen shuriken which nails the Kyuubi right in the chest. Then he starts pulling out the Kyuubi’s chakra, which then has the will of the Kyuubi as well within it and starts making the hatred stronger in Naruto changing one of his eye’s to black with a red pupil. This whole opening sequence was really amazing, I loved the animation so much it was a great way to start the episode. 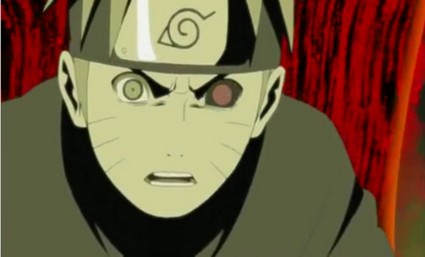 The next part was emotional as hell; Naruto finally got too meet his mother, it was funny how Naruto first thought it was the Kyuubi until she used the word Dattebayo. He said that a lot in the beginning when he was younger and it was funny seeing how he got it from his mother, and it was really nice that right away he just went and hugged her. 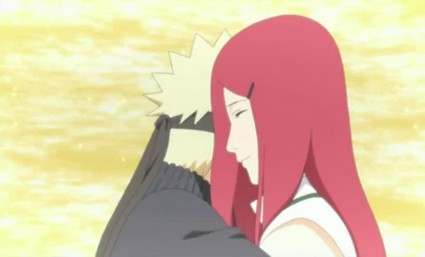 Then Naruto and his mother Kushina start to tame the Kyuubi, using his mother’s chakra all of a sudden Naruto just has these chains burst out of his chest like something from Alien bursting out and it just bound the Kyuubi. So then we have some nice chatting between Naruto and his mother and he asks her how he and his father fell in love, which leads us to flash backs of the past. Showing how everyone made fun of her red hair and laughed at her dream becoming hokage which was also Naruto’s fathers dream as well. But it was funny seeing the two as a kid and you really see how Naruto look like his father but personality wise much more of his mother. 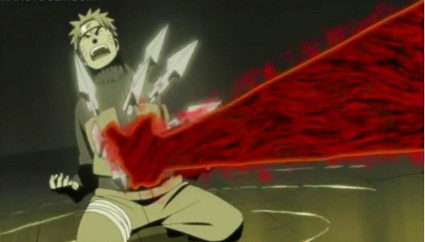 I loved how Naruto’s mother mentioned how she was always bullied, but in the end would always beat the hell out of them and you see Naruto looking frightened and mention how Shikamaru and Kiba were right about mother’s being scary. (For the record, they really are.) So Kushina had a very special type of chakra and so for that the Hidden Cloud village kidnapped her, but Minato comes and saves her. 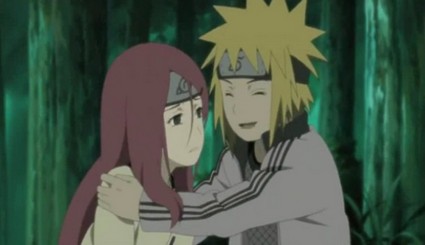 I found it interesting how learned why it is that Naruto’s clothes is orange, his mother was known as The Red-Hot Habanero and his father The Yellow Flash. Yellow and red make orange which is Naruto, The Orange Hokage. I found it pretty awesome to finally understand this, in the end I have to say that this episode was incredible and really well worth the watch.

Ferris Bueller is Back!