Demi Lovato Is Not Ready To Be On Television Again 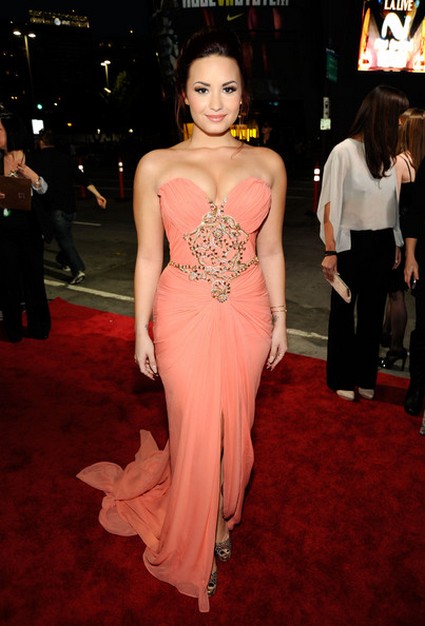 Demi Lovato taking a break from acting after admitting her battles with self-harming and an eating disorder, and she doesn’t feel ready to be on camera again yet.

She told Britain’s Glamour magazine: “Right now I don’t need to get in front of a TV camera which adds 10 pounds and makes you feel more self-conscious about your body image. Being on camera makes me nervous. It takes a level of confidence and security which I’m still working on.  When I’m ready I’ll find the right role and get back into it, but for now I’m being cautious.  I’m walking with my head held high, but I never forget that I’m a work in progress.”

Demi was admitted to rehab for her issues in 2010, and her time in therapy was intense, with her undergoing sessions lasting for over half a day at a time.

She explained: “I had 14 hours of therapy every day, so I definitely learned a lot about myself. For the first 48 hours I wasn’t allowed any communication with my friends or family, a lot of people give up and check themselves out, but I made it and I’m proud of myself.”

Since rehab, Demi has been concentrating on her pop career, releasing her third album ‘Unbroken’ last September.