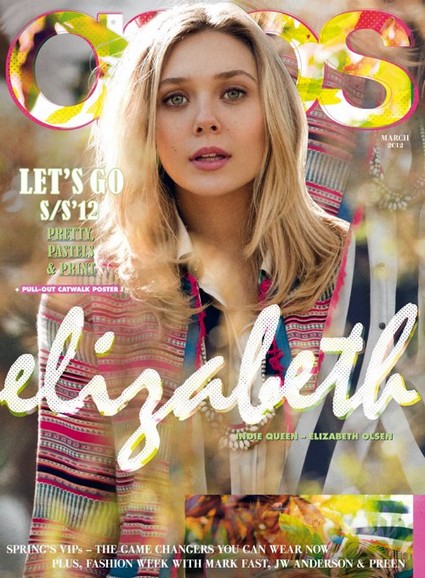 Elizabeth Olsen, 22, sister of Ashley & Mary-Kate Olsen graces the March 2012 cover of ASOS magazine.  Below is a glimpse of the interview in the magazine:

On people’s misconstrued ideas about her childhood:
“People have a weird idea of my upbringing… I did lead a very charmed life growing up, but I was aware of the things that were abnormal. The only time I flew first-class as a kid was when my sisters did these cruises called ‘Sail With The Stars’. They were the main event, so the company would fly us first-class. Other than that, never.”

On if she can see herself doing something more mainstream:
“I would love to. I’m not trying to be different! I’d just rather do roles that are interesting to me. That will probably change when I have kids and a mortgage. But I had a teacher once, who is an actress, and she said, ‘You can hate me or love me, as long as you have an opinion’ and I think that’s great/ Who wants to have their work just be passive or safe?”

Nintendo in DIRE Need of a Golden Mushroom