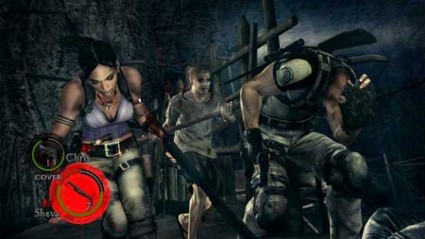 I’m very excited to say that recently the trailer to Resident Evil 6 has been released; I got to say that it looks so damn awesome.

The setting takes place ten years after the Raccoon City incident and now the President of the United States has finally decided to reveal the truth behind what happened hoping that it will curb the current problem with bioterrorist activity. The Raccoon survivor himself Leon S. Kennedy is back, due to the venues suffering from the bioterrorist attack, he’s forced to go head to head against a President transformed into a deformed creature beyond recognition and make the most difficult decision he’s ever had to make. At the same time BSAA member Chris Redfield arrives in China, it’s also under threat of a bioterrorist attack. With all countries being attacked and the outbreaks, the entire world’s population is united by the fear of there being no hope.

I’ve played all of the Resident Evil games and have thoroughly enjoyed them except for the last game made, Resident Evil 5 – sad to say that game wasn’t all that good. I didn’t like the setting and Chris Redfield looked like he was taking steroids. Now with Resident Evil 6, I’m overjoyed and have high hopes with it. The trailer is very good; the game looks like it’s going to be tons of fun. I’m extremely happy that Leon S. Kennedy is playable again, my most favourite characters in the franchise also Resident Evil 4 was one of my favourites.

For sure this game is going to be a must buy, I’m pre-ordering it as soon as possible. Seriously this is a game Resident Evil fans can’t miss.

Avril Lavigne and Brody Jenner Tweet They Are Still In Love