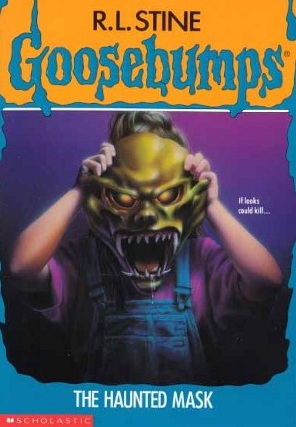 I was a child during the 90’s, whenever my teacher would tell me that I should pick out a book to read I’d always choose R.L. Stine’s Goosebumps series. They were very enjoyable reading since they’d focus on a horror kind of story. Columbia has been trying to get a movie adaptation of Goosebumps, and now it’s been reported that Darren Lemke will be writing the screenplay.

Columbia has made many attempts to get a film adaption for the book series ever since they bought the rights for it in 2008. They’ve gotten many writers to try to write the screen plays, first they got Larry Karaszewski and his team, then they got Scott Alexander, but both of them failed to come up with a story that would work. Columbia has said that they have not found someone who can create a story that makes it feel like the Goosebumps books, that’s why they’ve chosen Lemke to start new and to create something doable.

Lucky for Columbia, the writer they’ve chosen has written kid screenplays like Shrek Forever After and the soon to be released film Jack the Giant Killer.

The books have always been aiming for a school aged kid audience, there wasn’t a lot of gore with it in the eerie yet funny stories. What seems to make it difficult to write the screenplay for this film is the fact that each book was a story of its own. It hasn’t been confirmed whether Columbia wants to have an original story under the name of Goosebumps or if they want to adapt a story from the books.
Goosebumps has been pretty popular, it’s sold over 300 million copies worldwide making it as second in sales compared to the Harry Potter books. It’s had its own TV series that ran for around four years also.

I’m have high hopes for this film, I really want Lemke to write the perfect screenplay for a Goosebumps movie.