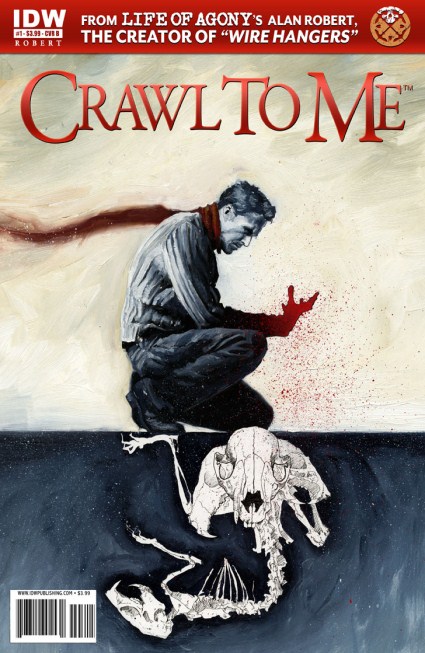 Lately Hollywood has been making movie adaptions of comic books more and more frequently, maybe they’re running out of ideas for a plot in films and have to lean towards comic book film adaptions! Who knows, could be true. Examples of comic book adaptations are; Batman, Spider-man, Area 52 and there’s more. Now being added on to the list will be “Crawl To Me”, when this comic book is turned into a movie.

It’s been announced that David Armstrong will be directing the movie adaption of this horror comic book series. I think it isn’t a bad idea really since he’s had experience with directing horror films, he’s worked on six of the seven SAW films, Crawl To Me will be his second film.

Crawl To Me is part of a multi-issue series that was illustrated and written by Alan Robert, he will also be producing the film. Recently the first printing of the comic book has sold out, yes a second printing will be scheduled soon.

Robert is overjoyed to that fact that his comic book will be having a movie adaption,

“Creating comics has been a life-long passion of mine and I’m extremely grateful to be given the chance to tell my crazy stories. To see them come to life on film is a whole other level of awesomeness. I love horror movies, especially the ones with shocking twist endings like ‘The Sixth Sense’ and ‘The Others’, so it’s my goal to create that same type of jaw-dropping impact with Crawl to Me.”