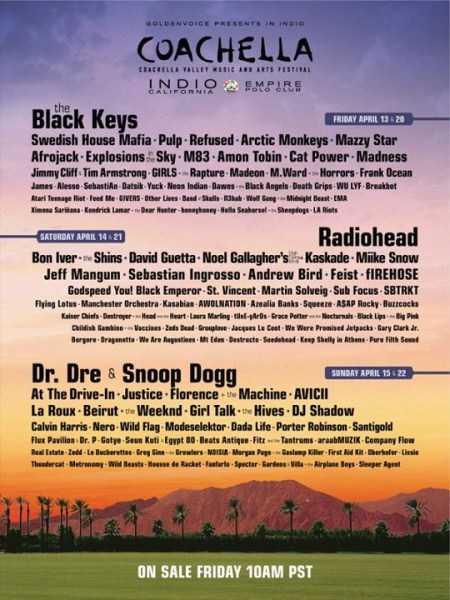 The line up for the 2012 Coachella Festival has been announced.  The headling acts include headlining sets by the Black Keys, Radiohead and Dr. Dre with Snoop Dogg.

This year’s festival will  last  two weekends, April 13-15 and April 20-22 at the Empire Polo Club in Indio, CA.  Will you be attending?  Let us know in the comments below!