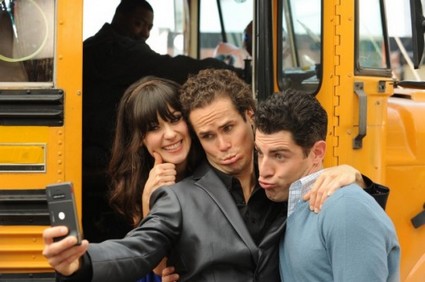 A new episode of the new comedy series New Girl is airing tonight on FOX.  If you have not see the show it stars Zooey Deschanel as a heart-broken teacher Jessica, who is looking for lodgings following the devastating end of a romance. She moves in with three guys who are clueless in their efforts to support her emotionally as she negotiates her relationship grief.

On tonight’s show Schmidt’s plans for his 29th birthday fall apart, Jess takes charge and enlists the help of her school’s party hungry vice-principal (guest star Rachael Harris). Meanwhile, Nick begrudgingly has his first date at Schmidt’s party with a beautiful lawyer (guest star Lizzy Caplan) who harbors a secret, and the gang wonders who placed a 50 dollar bill in the douchebag jar in the all-new “The Story of the 50″ episode of NEW GIRL.

Check out the sneak peek video below and let us know what you think?  Sound out in the comments below!

Katy Perry Has Been Turned Into a SIM Computer Game Character