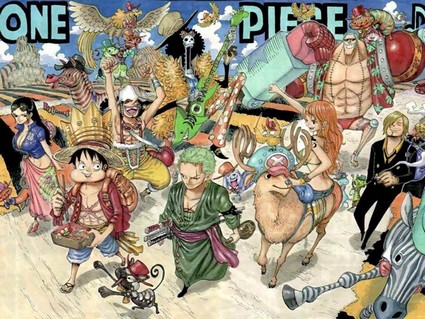 Today, film production company Toei has revealed a little bit of the plot for the next One Piece film, apparently the Straw Hat crew will be facing their “strongest enemy yet,” and his name is “Z”. Of course the film will have the encounter of Luffy and Z, which will lead up to an amazing final fight.

To be honest this movie is possibly the biggest excitement for me, I’m a huge fan that really does love One Piece. But I kind of think that “Z” is a pretty bland name, or it’s just being used as a filler name so they don’t spoil it. But all we’ve been told so far is that Luffy will be fighting this amazingly strong foe, but I really want to see more fights amongst the other crew members as well. For example I’d like to see some new skills and abilities from them such as what the manga as already shown, since it recently ended the Fishman Island arc.

But what really excited me is that Eiichiro Oda (the creator of the manga One Piece) will be an executive producer for the film and will oversee the project, like he did for ‘Strong World’. Not only that, but the original will also “surpass Strong World.” Even though it will take a long time for this movie to receive subtitles, this is one of or even the most anticipated films for me!