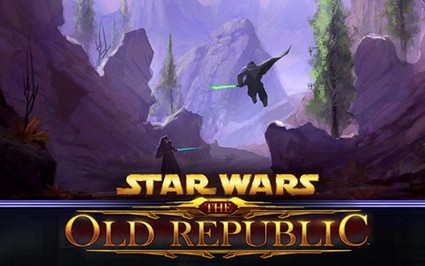 Recently it’s been announced that the new massive multi-player game Star Wars: The Old Republic; will in fact be introducing same sex relationships. But pro-family group, the FRC (Family Research Council) have said a lot against Bioware’s decision of allowing gay relationships in their game. But the thing is, it’s not as if you can have a relationship with other players – it’s with an NPC. It’s not really the same, so the controversy seems stupid to me.

FRC President, Tony Perkins says, “In a galaxy not so far far away, Star Wars gamers have already gone to the dark side. The new video game, Star Wars: The Old Republic; has added a special feature: gay relationships.” Also adding, “Since the announcement, homosexuals have been celebrating the news, but parents sure aren’t. On the game’s website, there are more than 300 pages of comments–a lot of them expressing anger that their kids will be exposed to this Star Warped way of thinking. You can join them by logging on and speaking up. It’s time to show companies who the Force is really with.”

Now I really can’t see what’s wrong with Star Wars: The Old Republic having gay relationships, and I think this pro-family group is filled with nothing but ignorance. Who says gay people don’t play Star Wars? There are a lot of gay people who do and I find that this addition is actually nice. Honestly, even straight men could have fun with this. I wouldn’t mind making a female character myself, and having her in a lesbian relationship with another female. Actually I find that it’s pretty awesome.

If people are really making such a big fuss about gay relationships in a video game I’ve got a solution, you could build or visit your local time machine and go back a couple of years into the past. Now you wouldn’t feel lonely anymore, you’d be surrounded with nothing but fellow ignorant people.

Nintendo in DIRE Need of a Golden Mushroom