Sonic the Hedgehog in a Car Insurance Ad? 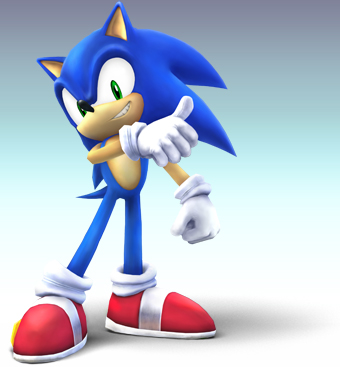 Yes, Sonic the Hedgehog is in a car insurance ad for Progressive insurance and to be honest I just don’t get why the f*ck Sonic would be in a commercial like this.

Progressive is starting an ad campaign and it features Sega’s mascot Sonic the Hedgehog. The idea of Sonic being featured in a car Insurance ad campaign is kind of weird due to the fact that he hasn’t really driven a car, he’s mostly seen running faster than the speed of light. What kind of message is Progressive trying to send us?

One thing I noticed, in this ad is that Sonic did not speak at all, looks like Progressive didn’t want to spend the money to hire a voice actor.

Either way it doesn’t matter, I just don’t like seeing Sonic in an insurance ad, it doesn’t make much sense for him to be there, it’s just stupid.

Although, I’m really not surprised with all the dumb Flo commercials that Progressive has that they would come up with another dumb ad. At least with Geico insurance they have the gecko, he’s certainly better looking than Flo and hell of a lot funnier.