The Dark Knight Rises, Tickets on Sale and Already Selling Out!? 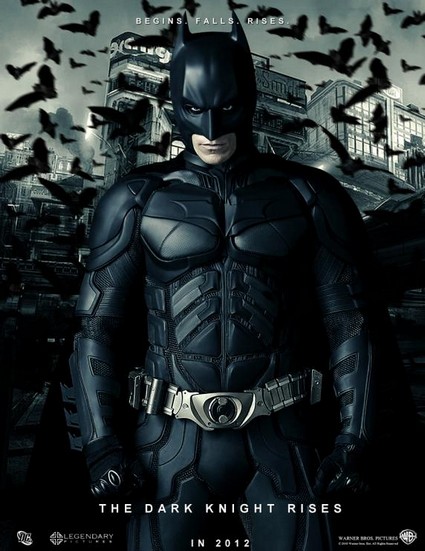 The movie The Dark Knight Rises isn’t to release in at least 7 months and tickets have already been selling out. I had no idea that you could already buy the tickets, but apparently they went on sale about the same time as the latest Mission Impossible movie. (Which is just complete crap)

So far it seems the tickets are only available for AMC IMAX theatres and that recently the tickets have gone on sale in L.A., NYC, and San Francisco. So if you are someone who’d really want to see this movie, I’d say buy a ticket as soon as possible. Or else, the tickets just might be completely sold out, but that’s if you can’t wait to see the movie.

For me, it’s a different story. I’m probably not going to see this movie; I think it’s incredibly over hyped. Bane especially doesn’t look all that impressive from what I’ve seen, the way he’s being portrayed is just impossible for me to take serious. Also for some reason I just don’t like the idea for Anne Hathaways as Catwoman, when I look at her it’s just something I can’t vision. In general this movie doesn’t look like it’s going to live up to what people are hoping for, so I’ll wait till it’s released on DVD or something.