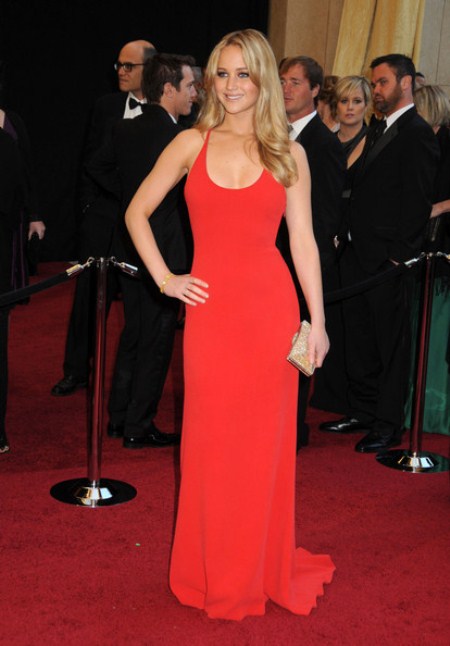 Jennifer Lawrence who was nominated for an Academy Award for her performance in ‘Winter’s Bone’ last year – will host the nominations launch alongside Academy president Tom Sherak at the Samuel Goldwyn Theater in Beverly Hills on January 24.

The announcement of ten of the 24 categories will be made at 5:30am PST.

The 84th Academy Awards will be held on February 26 and will be hosted by Billy Crystal.

Among the expected nominations are Meryl Streep for her performance of Margaret Thatcher in ‘The Iron Lady’ and Michelle Williams for portraying screen siren Marilyn Monroe in ‘My Week with Marilyn’.

Jennifer will next seen in the eagerly anticipated action movie ‘The Hunger Games’ alongside Liam Hemsworth and Josh Hutcherson.

She has also filmed the part of Tiffany in ‘The Silver Linings Playbook’ alongside Bradley Cooper and Robert De Niro.

For everything about The Hunger Games, check out our sister site Celeb Dirty Laundry!