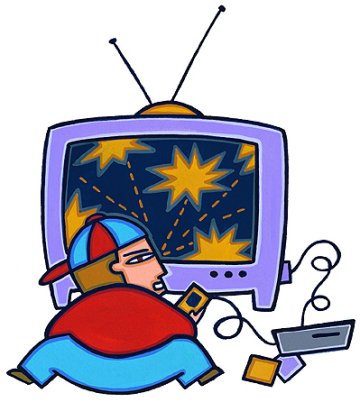 Many people nowadays have the belief that a “gamer” is a person who’s suffering from obesity, never leaves the house or that they’re stupid. In fact, many people say that video games are unhealthy and aren’t good for children to be playing and they should go read a book instead, I think a lot of parents tend to agree with that.

Lucy Pebble, an award-winning writer, disagrees and has stated that video games require more involvement and creativity than reading a book or watching a movie, they also offers more opportunities to be more active and social.

When you read a book you only use your creativity by using your imagination trying to visualize the landscapes and characters, movies it’s already there for you and there isn’t much need for creativity to watch a movie.

Video games on the other hand are completely different; creativity is something that’s entirely required. For example, the game Minecraft, it’s a game that makes you use your creativity to build things and you can honestly build anything you want, a house, mansion, fortress, castle, hell even a replica of Death Star is capable. Many games also have character customization; the world of gaming is incredibly vast and keeps getting bigger.

Gaming unlike movies and books have you more involved with what’s going on. Personally, when playing a video game the story at the time can get me incredibly hooked and make it hard to actually quit playing. I believe that video games are the future of the entertainment industry, as they get even more popular and technically advanced in the coming years.