Bleach Live-Action in the Making 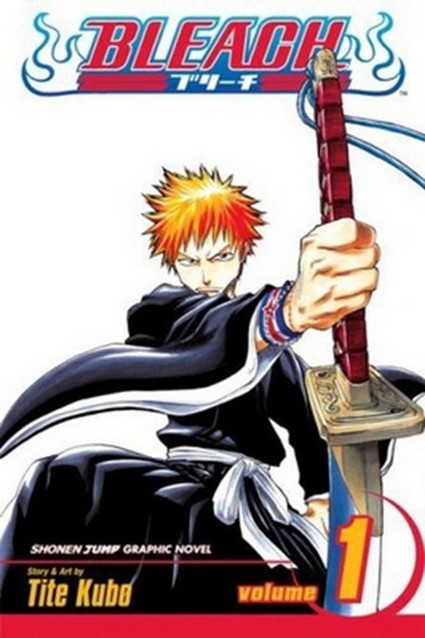 It has been reported that Warner Brothers has licensed the right to a live – action adaption of Tite Kubo’s popular shounen manga and anime Bleach.  Dan Mazeau is to write the script as Peter Segal will be a producer or he will even be directing as well.

The manga follows a 15-year-old boy named Ichigo Kurosaki who becomes a Soul Reaper (Shinigami) who protects humans from the “Hollow” spirits that prey on them.

Segal has said to Variety, “I’ve always been a huge fan of Bleach and have great respect for its creator Kubo-sensei and the truly original and amazing world he has created in this manga.” Seeing this kind of gave me hope for a possible movie success, but is it enough?

Masi Oka will also be a producer of this film and is a well-known manga fan. He actually used Dragon Ball as inspiration while drawing his ‘Heroes’ character Hiro Nakamura, and he has described himself as a Shonen Jump and Naoki Urasawa geek.

It’s incredibly surprising the Kubo would actually allow this, because I do remember him stating that a live – action Bleach films would never happen, since he believed it would kill his series. But recently Kubo has stated that the arc Bleach is in now will in fact be the finale of Bleach, since I do believe the arc before didn’t get much praise from fans. All though I do love Bleach and I don’t know whether I should be excited about this or disappointed, remember the live – action adaptions of Dragon Ball Z and Avatar the Last Airbender? Yup, those were complete crap and a disgrace to fans. Will we be expecting the same for Bleach? I certainly hope we don’t, since Segal has proclaimed being a huge fan that respects the series, is it possible for it to be a success?

Warner Brothers doesn’t only have the right to a live – action of Bleach but also one of my personal favorite Death Note by TsugumiOhba and Takeshi Obata, which was also in Weekly Shonen Jump. But there hasn’t been any other information about it, so who knows when that’ll be made. They also have rights to Ninja Scroll and Akira, personally I really hope they can do justice to these great works of art and not completely destroy them.