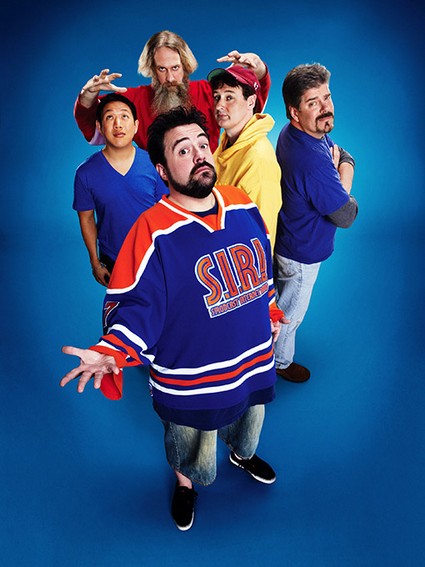 Kevin Smith has recently revealed that his new AMC show Comic Book Men is a celebration for those of us who are nerdy. The show is going to focus mainly on comic book store culture and damn I can’t wait.

Smith is well known for his films Clerks and Mallrats and will now be turning to TV with a new reality series that will premier in the US on February 12th 2012 after The Walking Dead. The show we will take place at Jay and Silent Bob’s Secret Stash, the comics shop owned by Smith in Red Bank, New Jersey.

Smith said ‘We’re pathetic! Look, one of the great things about the dudes in our world is that we are very self-aware. We’re in on the joke. As a kid you’re encouraged to be yourself, when what most of us really wanted to be was someone else someone else much, much cooler! But that’s all changed. Back in the day, we’d bristle at being called nerd or geek. Now we wear it like a badge of honour.’ He said that he’s quite lucky to have his timeslot right after The Walking Dead and that he’ll definitely see them promoting the Walking Dead comics in their store and on their show. Smith admits that they know how to kiss ass.

I am seriously excited for this show to come out, I’m not much of a big fan of TV in general but I think this is going to be worth a watch.

Will Kiefer Sutherland Lose His Role In 24 Movie?

The Artist Cleans Up At The British Academy Film Awards (BAFTA)